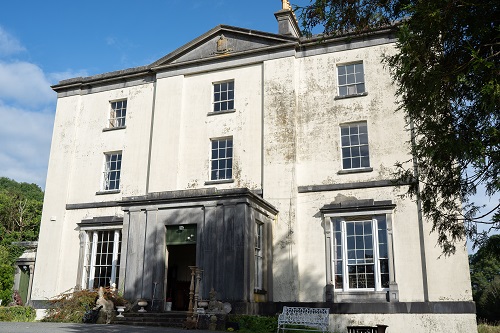 In our last blog we waxed ever so justifiably lyrical about the Palace Collection Sale, which occurred on September 30th in Kilmore Cavan to great commendation.

We could buzz all day about the auction. But we won’t. We don’t need to. Suffice to say it was a roaring success. Bidders came, bidders bid, and bidders left with smiles upon their faces and treasure upon their backseats.

In writing this blog, we googled the word, “logistics” and were returned the definition, “the detailed organization and implementation of a complex operation.”

We like that definition. We like it because it’s the only one that comes close to describing the endeavour and a half that was undertaken by our dedicated team to make the Palace Collection Sale happen. It’s the only one that hints that the event which, by all accounts, was professional and faultless in its occurrence, did not simply just transpire.

We’re not here to gloat. We don’t want to brag. We’re just immensely proud and this blogger sees fit to give credit where credit is due. The Palace Collection was a labour of love for the team, and specifically, for auctioneer Victor Mee and his son Bryan, for whom this sale represented an opportunity to do something spectacular and spotlight Victor Mee Auctions as a trailblazer in Irish interior design. 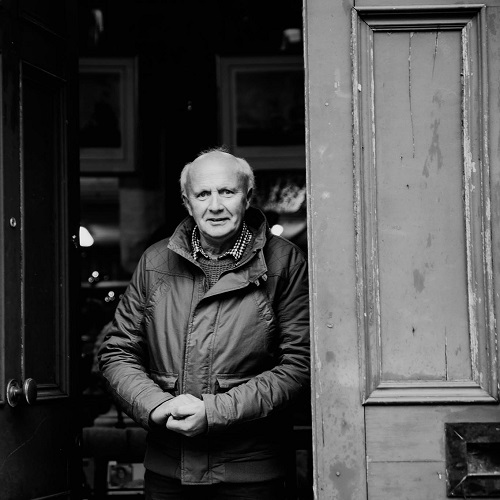 Rugs were beat, cleaned and conscientiously laid. Books, hundreds of them, were dusted down, boxed up and carried from basement to library bookshelves. Silver and marble were hand polished. Paintings were cleaned and situated each with forethought for their best viewing points. Grand light were fixtures hung by hands atop frighteningly tall ladders. Each and every one of the 1071 lots featured in the collection was considered, valued, thoughtfully placed and allocated a number and corresponding sticker and each of those 1071 stickers placed by hand on each of the 1071 lots.

Our entire Cloverhill office was packed up and loaded into cars, transported to the former Bishop’s Palace and re-established in the library, ready to behave as though it had always existed there, internet connection and all.

We’re talking laptops, we’re talking printers, we’re talking wireless mice. Microphones, folders and pens and paper and routers and ethernet cables and USB sticks and bidding forms and stickers and extension cords and clipboards and paperclips and staplers and scissors and envelopes and catalogues and calculators. We brought the kettle. We brought water. Tea towels. Cups. Spoons. Light bulbs, toilet tissue, teabags. We brought a vacuum cleaner and bleach. We brought cloths and phone chargers and heaters.

To summarise, we brought everything.

This location was not ours. It wasn’t designed to host a public auction. The Victor Mee team came and in a flurry of passion and labour that began weeks in advance, made a museum out of the former Bishop’s Palace, amply equipped and fit to have its doors opened to the public.

And so, entering the Palace for the auction on the morning of September 30th, guests found it abuzz. The house was glowing. Antique light fixtures and chandeliers provided a cosy illumination. The fires roared in their behemoth places, inviting guests in and thawing cold hands. Signs directed buyers around the mansion, guiding them to that lot they had their eye on. Tea and coffee were served, cakes and buns were relished. The office, established in the library, brimmed and buzzed with eager faces, registering, posing questions, seeking catalogues, while the phones rang off the hooks. 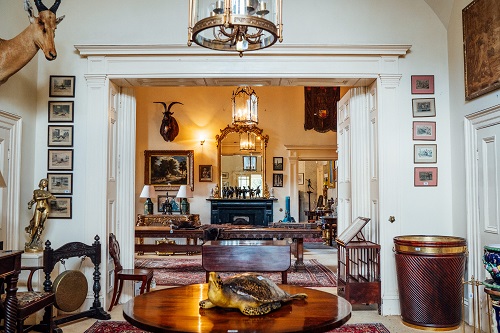 Outside, dedicated staff directed cars, assisting with parking and establishing a one-way system allowing guests a smooth and confusion-free arrival. The auction itself, was to be held in the grand dining room, which looked, by all means, as though it was quite accustomed to hosting events such as this. Chairs, perfectly spaced and lining the richly carpeted floor, waited for occupants while the rostrum presided at the top of the room, akin to a throne, for nothing would be sold until auctioneer, Victor, took his place in it.

The house was slick and professional. It was warm, alluring and well-managed

There was nothing to suggest that just weeks before, this house had been a silent relic.

There was nothing to suggest the hours and days and weeks of labour and drive and passion that was put in to make it look so slick and professional, warm, alluring and well-managed.

And that’s what we’re so damn proud of.

We want to join the many others who have been congratulating our team on the execution of The Palace Collection Sale. Their devotion, passion and drive is matchless and is part of what makes our business so special. Auctions are what we do. But, more than that, they’re what we love to do. Each sale is treated distinctively. Each is named, themed and designed. Lots are specially selected and expertly incorporated. The sale room is cleared and reassembled to befit the vision. Putting together sales of the caliber that we do is a craft. And even the most masterful of craftsmen deserve some kudos for their art now and again.

Following the successful sale of High Cross, 40 Temple Road Dublin 6, we are pleased to announce the Sale of The Complete Contents and items from another Dublin Residence – To include Art – Frank McKelvey RHA, George K Gillespie, Basil Blackshawand others. Collection of Irish Georgian furniture, Ceramics – including a large collection of Early Mason’s Ironstone tableware. Silver and Garden Statutory. 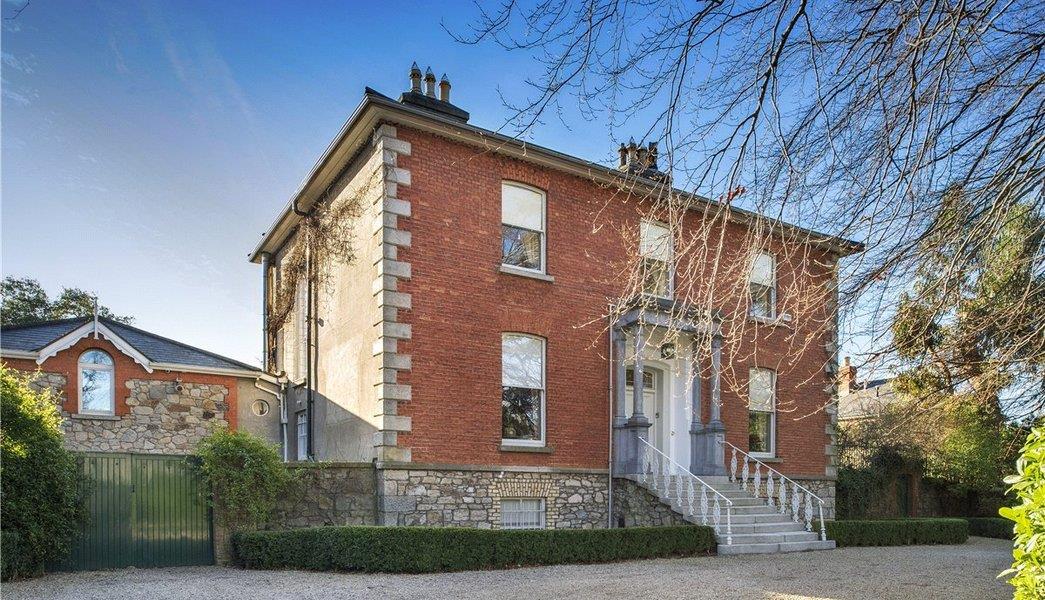 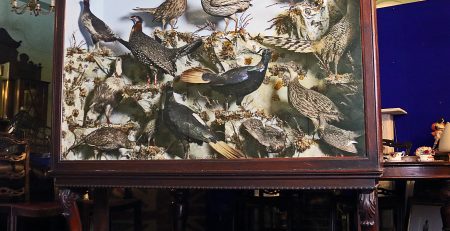 2018 has kicked off on a high at Victor Mee Auctions with an incredibly well-received 4th February Fine Arts... read more 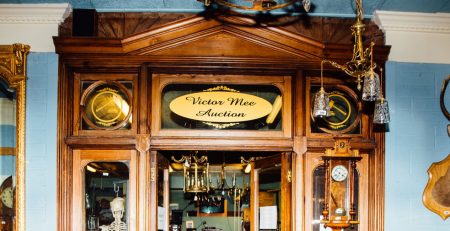 To all our clients and friends, Allow us first to say that our thoughts are with you and your families... read more

Loud and Proud – Incorporating antique pieces in a contemporary home

Hey guys have you heard the news?! Minimalism is over, that’s the word on our street. And, after a... read more

Knick Knack Paddy – The Comforting Clutter of the Irish Pub

Doolin’s of Vancouver. The Blarney Stone of Shanghai. Bubbles O’Leary’s of Uganda. Silver’s of Moscow. McGettigan’s of Dubai. The... read more 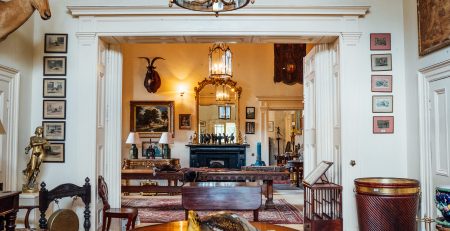 It goes without saying that our team here at Victor Mee Auctions is incredibly proud of every sale we... read more

A Look Ahead: The February Decorative Interiors Sale

Welcome back enthusiasts! We haven’t blogged in a while, but as the Victor Mee Auctions team zealously prepares to host... read more